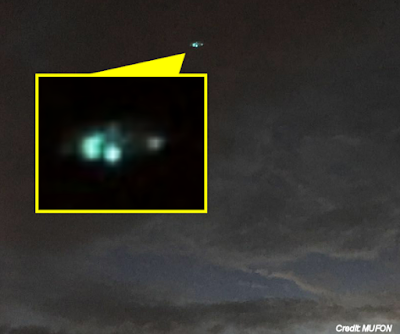 “The first thing I saw was the light,” the witness stated. “I thought it was an airplane or star, but when I looked more, it moved very fast and from different directions the craft was three – and came together forming a triangle shape.”

The craft stayed in place for several minutes.

“Then about 10 minutes later, the craft changed direction and flew different ways so I quickly try to record, but my mobile battery is not charged to record video, so I took some pictures with my phone before the battery died.” …

Videos of UFO Fireball Over Saudi Arabia Continue To Surface