The following unusual footage is filmed on May 25, 2016 and shows a strange object what appears to be an alien light ship or light being which comes out from the left flank of the Popocatépetl volcano in Mexico and is moving really fast towards the camera which is located at about 6 kilometers from the volcano. 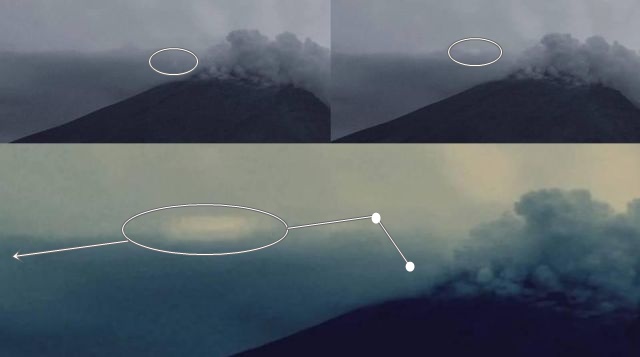 The enormous speed of the cylinder shaped object makes it barely noticeable when it passes close to the camera.

The images were taken on the infrared spectrum and cannot be seen with normal vision.

The video shows, besides the clip of the light ship/light being which starts at about 2.20 minutes in the video, other amazing infrared images of unidentified flying objects captured near the volcano.