An image taken by the HiRise camera is showing some interesting features in the Tithonium Chasma region of Mars. 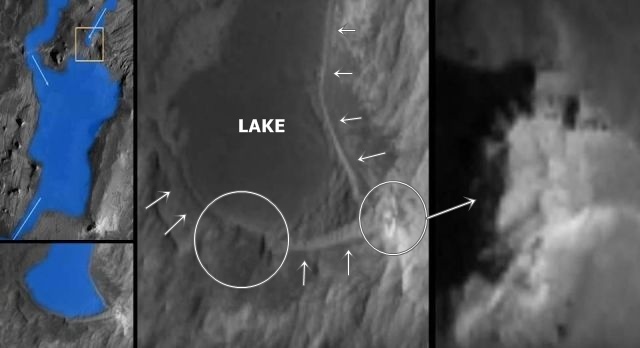 According to Frank van Ash who has analyzed the image, it is quite possible that that the darker lower parts of the region has been filled with water.

Hypothesis: Then you got a lake with three rivers, two rivers that bring water into the lake and one river that let the water flow out.

One river comes in a lot higher than the lake itself, so, either you have a very huge waterfall or you can find a solution by building some kind of dam to control the water flow and maybe that’s exactly what an ancient civilization did.

In the next video Frank van Ash shows you the remnants of the possible ancient construction site, purposely made to control the water, most probably for power, and if not, for irrigation reasons.