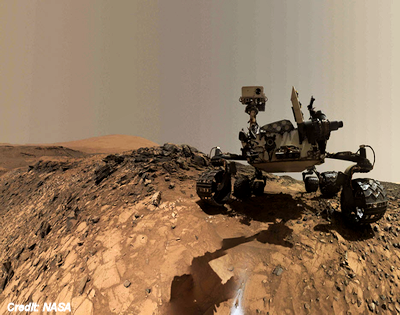 eyebrow. But one in particular has revealed new insights about the ancient Martian atmosphere….

In 2013, Mars rover Curiosity identified large amounts of the element manganese in a piece of rock – which, by all accounts, shouldn’t have been there. Now, analysts say the discovery could be proof of a once-oxygenated Martian atmosphere….

Mars Colonists Must ‘Live Off the Land’