During a series of solar flares which took place on July 26, 2016 the Helioviewer did not only captured the solar event but also a streak of light what appears to be a UFO which is visible for a split second.

On July 31, 2016 NASA’s Solar and Heliospheric Observatory (SOHO) satellite captured a comet as it approached the sun. It’s unknown if the comet hit the sun or not because there was an unexpected 4 hour skip in the SOHO frames.

And on August 2, 2016 SDO NASA reported a lunar transit, but during the transit the camera did not go into science mode as the satellite got stuck in position, according to NASA. 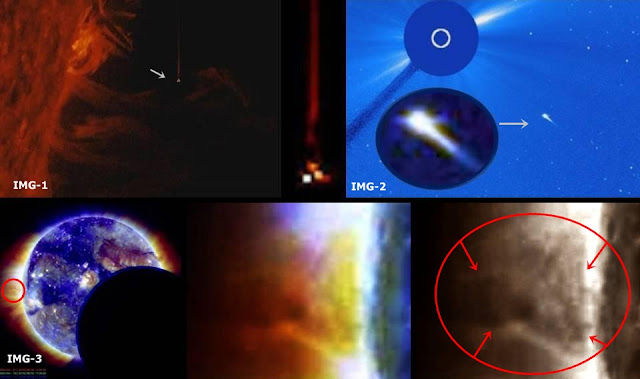 It seems like the NASA satellites always have some issues at the moment something unusual appears in front of the cameras.