Roman Tregubov, a graduate of the Novosibirsk State Technical University who lives outside Novosibirsk, Siberia’s largest city in Russia, witnessed a huge mysterious white luminous sphere moving over a field before it disappeared into the woods. 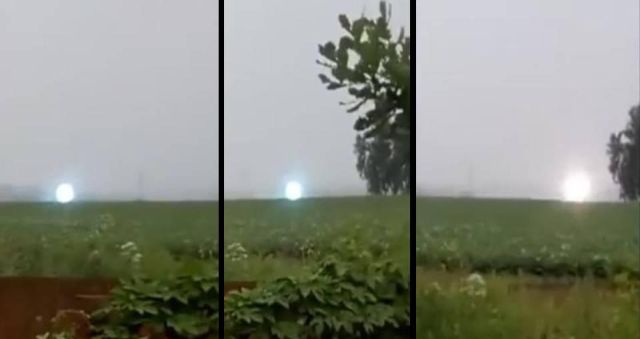 Roman managed to capture the rare phenomenon and although the footage is shaky the sphere of light is clearly visible.

During the recording as heard on the commentary:

Female: “What’s that over there?”
Roman: “Fireball lightning”
Male: “Look, look what is that?”
Roman: “Argh, it’s moving away. It’s the first time I see one in my life. It’s going to move away. I lost it. Where it is? There it is. I wonder if it’ll blow off soon. Yep, it blew off.”
Roman: “This is the first time in my life.”
Female: ‘Horror, hide away from it.”

Roman Tregubov explained to the siberiantimes he had to stand on bricks to get a view of the ball lightning over a fence and bushes, which is why the footage is shaky.