On August 5, 2016 at around 21.45 hours Galarza journalist Saul was in the center of Mexico City when he noticed a strange green light in the sky. Saul managed to capture the object. 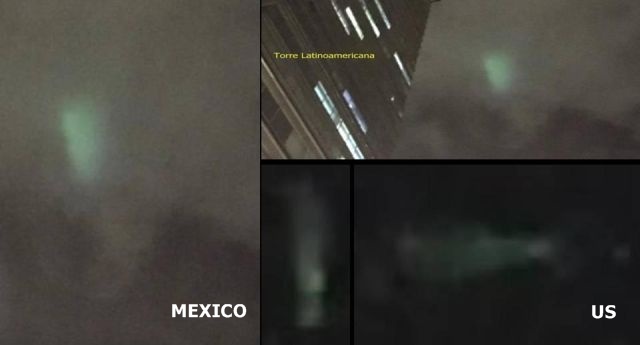 But at the same night, on August 5, 2016 a similar green object is seen flying through the sky in US. Despite the witness did not mentioned the location, she also managed to capture the green light.

Both witnesses wonder whether the object could have been an atmospheric phenomenon or maybe a UFO?