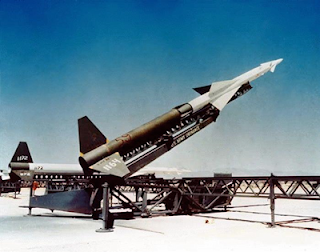 Robert Powell, Scientific Director of the Mutual UFO Network (MUFON) found two MFR recording LIFE magazine researcher, Robert Ginna’s visit to the Pentagon in February 1952. Ginna met with a number of high ranking officers and intelligence officials gathering more research data for his article which was published in April. Among the general officers who helped him during his visit in addition to Brigadier General Garland were Brigadier Sory Smith, in charge of Public Information, and General Joseph F. Carroll, Deputy Inspector General and Director of Special Investigations. With their help, he was able to interview Lt. Col. Doyle Rees, for Commander of the 17th Air Force Office of Special Investigation, in New Mexico, and who had worked with Dr. Lincoln LaPaz, University of New Mexico expert on meteors. Both Dr. LaPaz and Lt. Col. Doyle Rees had investigated numerous UFO cases and green fire ball incidents in the southwest US. Also, involved in these meeting was Lt. Col. Dewitt Searles, public information UFO spokesman going back years, and a civilian Mrs. Helen Barber, managing editor of the classified internal publication, Air Intelligence Digest, who also figured in a number of Air Force Headquarters UFO investigations. General Garland arranged for a visit to the Air Technical Intelligence Center (ATIC) where Ginna could confer with Lieutenant Edward Ruppelt newly appointed chief of the USAF’s revitalized UFO investigative project which would shortly be renamed Project Blue Book. Read more at Project 1947….

WHAT THEY ARE NOT – AND WHAT THEY MAY BE