Spectacular images have emerged online of a strange light and several UFOs coming out of a cloud formation in the skies over Belgium on Aug 7, 2016. 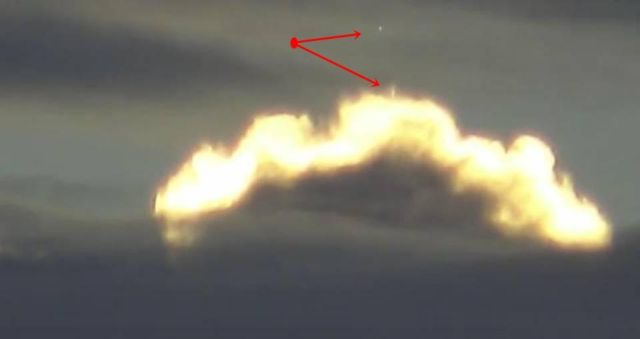 At first glance it looks like a so-called ‘crown flash’ appears on top of the cloud when suddenly close to the light several blinking orbs emerging from the cloud and shooting straight up into the sky and disappear.

Or it must be the case that it is not just a natural weather phenomenon but an artificial cloud, induced by human or alien activity.