An image taken by the Curiosity Mars Rover reveals what appears to be the remains of a small winged species partially buried in the Martian soil. 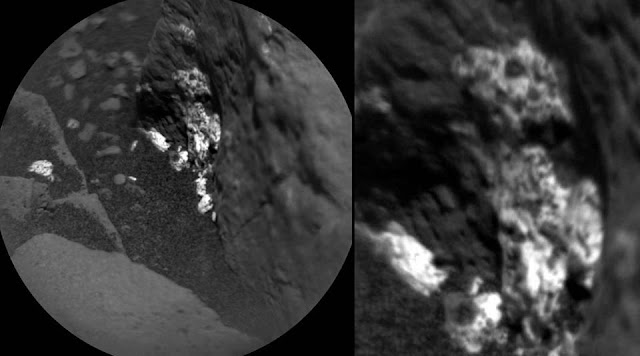 The Rover’s Chemcam remote micro imager took the image on August 8, 2016 and if you look the very nature of this image closely, then you see that this reptile species has a body, wings, neck and head.

An eye socket, a nose mark and the shape of a mouth line are easily recognizable in the skull, yet the horns on its head.

It seems unlikely that this tiny creature is just something produced by wind, water and time. It has all the features of a biological live form that once lived on Mars and maybe is still living there.