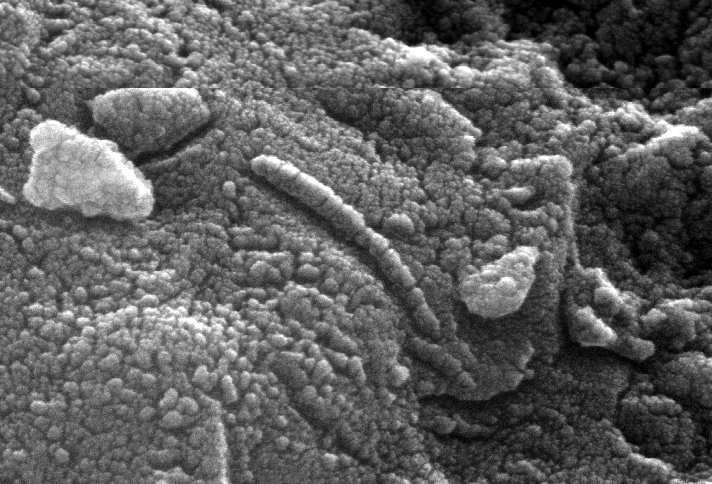 In 1996, researchers led by David McKay, Everett Gibson and Kathie Thomas-Keprta from NASA’s Johnson Space Center in Houston suggested that they might have found microbial fossils in a meteorite from Mars known as Allan Hills 84001 (ALH 84001). (Cosmic impacts on Mars can be powerful enough to blast rocks off the Red Planet, a fraction of which crash on Earth, the moon and other bodies in the solar system.)

The meteorite was first discovered in 1984 by geologists riding snowmobiles through the Allan Hills region of Antarctica. Scientists think ALH 84001 originally formed 4 billion years ago on Mars and landed on Earth about 13,000 years ago.

“On Aug. 7, 1996, . . . Researchers Announced That a Craggy Lump of Rock Teemed With Evidence of Ancient Martian Life”