A barely visible triangular shape above Mars is spotted in an image of the “Naukluft Plateau” of lower Mount Sharp taken with NASA’s Mars rover Curiosity’s Mars Hand Lens Imager (MAHLI) on May 11, 2016. 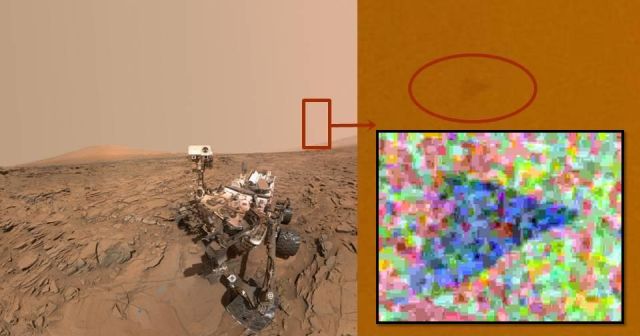 After adjust colors the object definitely looks like a black triangular UFO hovering in the air above the planet and very obviously, it’s cloaked.

Is it possible that the object is not a photographic light artifact but indeed a cloaked spacecraft of some kind? 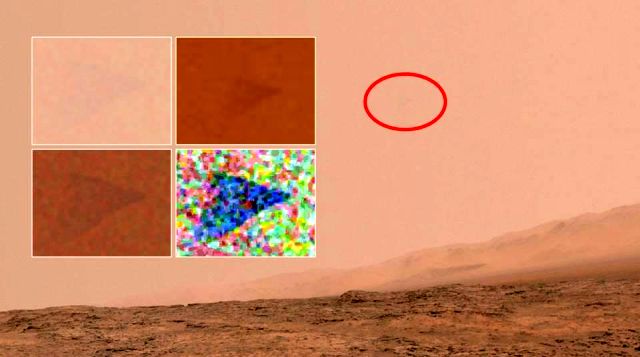 Suppose it is a spacecraft, could it be a craft from the secret space fleet uncovered by Gary McKinnon or it is a craft piloted by extraterrestrials?

The object is visible only in the highest image quality (PIA 20602-TIF- 83MB) which you can see or download here: http://photojournal.jpl.nasa.gov/catalog/PIA20602