Based on three decades of research, studying over 1,150 abduction events experienced by 150 people lifework has led Dr. Jacobs to the conclusion that an alien-controlled program to create alien-human hybrids is now reaching a new stage of completion: the integration of hybrids into human society. 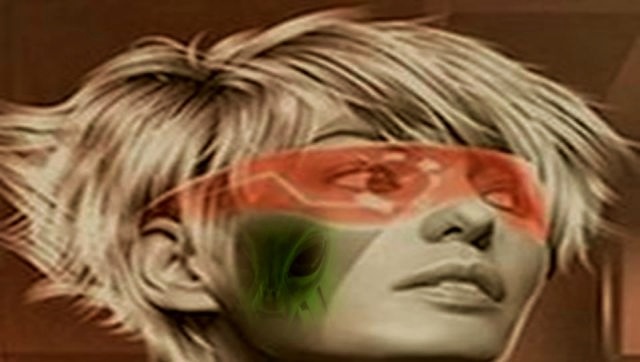 Dr. Jacobs uses the term ‘Hubrids’ to identify a new breed of hybrid that is closer to acting and living like a human being than ever before.

In this rare interview he reveals unique and fascinating details of his own disconcerting personal encounters with ‘security hybrids’ that were trying to interfere with his special work of de-programming Alien Abductees from the mind control instructions placed in their minds to forget the traumatic experiences.

As he continued doing sessions and penetrated deeper into the subconscious minds of the abductees he found layers of resistance where the subject would tell him that they weren’t supposed to reveal the secret techniques used to block their memories.

Finally, in a unique display of open hostility, the security hybrids began to threaten Dr. Jacobs and suggested that not only would he pay a heavy price for discovering their methods but that the abductees he was working with may as well.

Dr. Jacobs says the basic pattern of alien abduction has always included intense sexual and reproductive aspects even in the early cases like Betty and Barney Hill, although it was intentionally covered up due to being too controversial at the time.

He recounts the powerful 1957 Brazilian UFO case of Villas Boas a law student that was abducted on his parents farm and forced into bizarre sexual encounters with female hybrid onboard a UFO.

The obsession the aliens have for human reproduction is an unexplained aspect of the phenomena and seems to be at the root of their intense need for secrecy and the brainwashing of their test subjects.

The State of Abduction Investigations

Since the deep investigations of Budd Hopkins and Harvard Professor John Mack into the Alien Abduction syndrome two decades ago, there has been a major plunge in the number of professionals publicly identifying themselves in any way with the alien abduction topic for fear of their reputation.

According to Dr. Jacobs, The academic and scientific community has completely written off this global phenomena and has tried to ridicule it with absurd notions like ‘sleep paralysis’ or ‘hyperactive imagination’.

Yet thousands of cases of UFO sightings are still reported every year and as the work Dr. Jacobs demonstrates the abduction cases continue unabated.

Since the mainstream media cannot be trusted to approach the subject with an open mind, Jacobs fears that the single most important thing happening in our world today will be overlooked by a rigid and controlled scientific and educational establishment, leaving the covert forces behind these worldwide events completely uninhibited to complete their program for the domination of humanity.