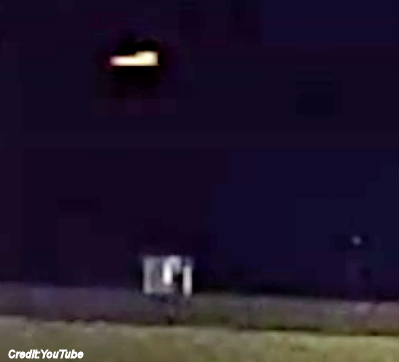 The mysterious streak was spotted on Monday night and could be seen from a number of locations around the city with one resident telling NBC that the stream of light “began as a single blur then expanded into a straight line” before vanishing.

Another onlooker described the sight as being like a “strange aircraft with lights on bottom.”

Even the experts couldn’t pin down what exactly it was that flew across the sky. …