A witness could see the lights from Eastlake and someone else saw the lights above the City Heights area while another person noticed them above the San Diego International Airport, according to NBC San Diego. 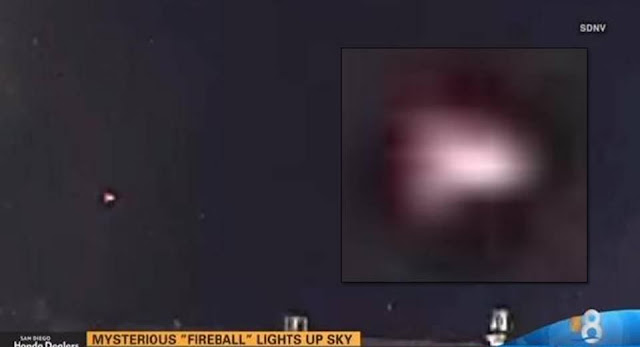 A US Navy spokesperson told Fox 5 San Diego that the USS Makin Island group is training, but there weren’t ‘live fire’ exercises that happened when the lights were reported.

Palomar Observatory spokesman Steve Flanders says: The tail looks like the flames that escape from a rocket engine during ascent.

According to NASA, the lights could be debris left behind by an ancient comet. The Perseids show up every year in August and these Perseids meteors travel at 132,000 miles per hour. At that speed, even a smidgen of dust makes a vivid streak of light when it collides with Earth’s atmosphere.

Space debris, flames from a rocket, meteors travel at a speed of 132,000 miles per hour… It doesn’t match with this slow-moving unidentified flying object at all!