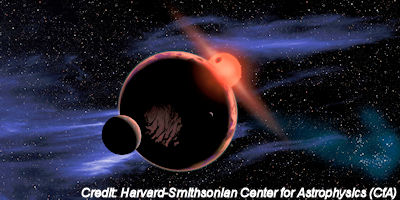 In a press notification on Monday, the European Southern Observatory (ESO) said only that they “will host a press conference at its Headquarters in Garching, near Munich, Germany” and that the ESO’s Director General, Tim de Zeeuw, will open the event. The press conference will start at 1 p.m. Central European Time (CET) — 7 a.m. EDT/4 a.m. PDT. There was no mention of the scientists who would be in attendance or what astronomical topic the event would focus on.

Though the announcement is vague, there’s excitement surrounding the possibility of a potentially habitable extrasolar planet (or exoplanet) orbiting the sun’s nearest neighbor, Proxima Centauri. The red dwarf star is located only 4.25 light-years away and, if confirmed, the world would be the closest confirmed exoplanet to our solar system.

Should this exoplanet have any Earth-like qualities, this historic astronomical discovery could transform our outlook of the galaxy. …