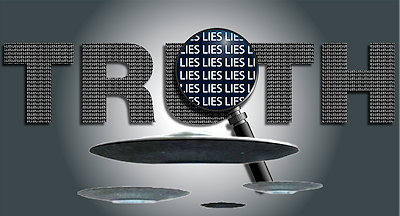 Human Deception at Play during the UFO Wave of 1947

provide a rationale for their beliefs – documented evidence that defy explanation and give hope to their view that an extraordinary extraterrestrial intelligence is at the root of the phenomenon. To their debunking detractors, these events are just chalked up to mass hysteria – only of interest to social scientists.

But I propose there was an extraordinary intelligence behind the events of 1947, not extraterrestrial in nature, but as flesh and blood as you or I, an intelligence born out of the exigencies of World War 2 but extended into peacetime as threats of renewed war loomed on the horizon. The humans behind the UFO wave of 1947 were a special breed of soldier – the human deception planners of an organization known as Joint Security Control – subordinate directly to the Joint Chiefs of Staff.

Joint Security Control (JSC) was founded during WW2 as the US deception planning counterpart to the British deception organization knows as the London Controlling Section (LCS). Together, JSC and LCS perfected the art of strategic wartime deception, initially in North Africa but then throughout the theater of the European war, including the deception planning that contributed to the success of D-Day. Even after Germany was defeated, JSC developed additional deception plans that would have been carried out during the invasion of the Japanese homeland but these were obviated by Japan’s unconditional surrender after the bombings of Hiroshima and Nagasaki.

In May of 1947, JSC received a revised charter, one that authorized it to continue its deception mission not just under wartime conditions but also during times of peace. JSC was tasked with preventing important military information from falling into the hands of the enemy, to control classified information through proper security classification, to correlate, maintain and disseminate all of the information furnished to JSC by the War and Navy Department Bureau of Public Relations, and finally the very important mission of cover and deception planning and implementation.

Before I conclusively draw a connection between early UFO events and JSC personnel, it is important to review the history of US post war deception planning. A Top Secret July 5, 1946 memo from the Office of the Chief of Staff assigned responsibility for the supervision of War Department cover and deception matters to the Director of Plans and Operations. …