Yet again we come across another mysterious force of nature known as Ley Lines, invisible geometric alignments that ran across ancient landscapes, connecting both natural and sacred prehistoric structures such as ancient monuments, stone circles and megaliths together. 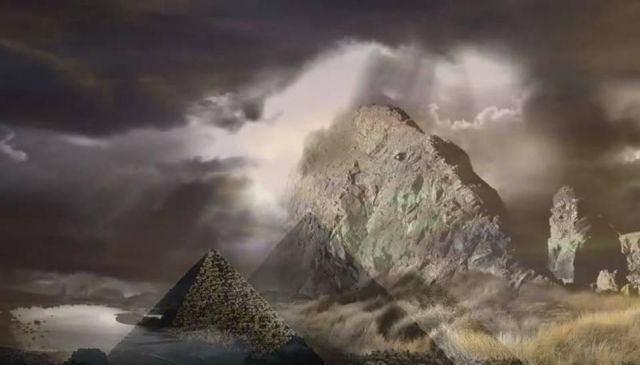 All Ley Lines run over the electromagnetic fields of the earth and lead to the planetary Grid, the primary light and energy matrix, creating, enveloping, and maintaining planet Earth.

UFOs piloted by extraterrestrials use the invisible powers and energy coming from the Ley Lines as a point of navigation.

And it is said that Ley Lines were once a global power grid network. At all intersecting points there was a master crystal networking with 12 smaller crystals encircle and span the planet to supply power for example to Atlantis.

The ancient power grid crystals network not only was used as a power supply or to store data but the network was also able to receive specialized refracted light and feed it into the Ley Energy System for use in the Interdimensional Tunnel System and feed crystalline light into conductive earth currents to raise the frequency into a semi- aware electromagnetic plasmic field of benevolent energy capable of retaining spiritual frequencies according to TheNewEarth.

All we need to do is to look at the ancient cultures of the earth to unravel the mystery of the Ley Lines?