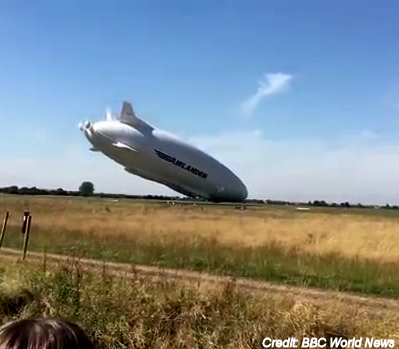 round back – crashed as it landed at its base at Cardington Airfield this morning, at the end of its second attempt to fly. Its official name is the Martha Gwyn – however, it gained notoriety not just because of its huge size but the interesting shape of its back.

…It isn’t clear if the ship itself took any damage during the crash.

The ship appears to have run into problems as it was making its way back onto the ground, when it flew into a telegraph pole and began running into problems….