This is a strange one!

I have analyzed the raw image and concluded that this artifact is not a shadow. It is something which appears to be on the rock in the foreground, or in the process of scaling the rock. 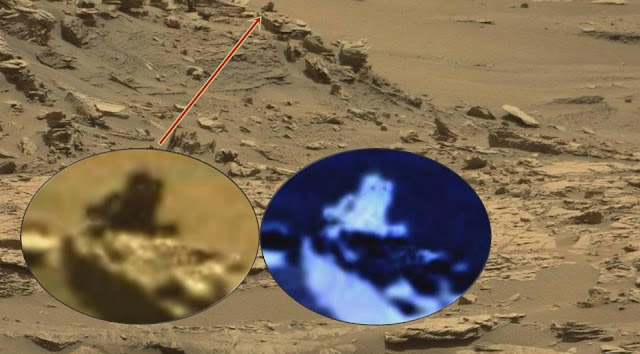 Very odd, especially if it is a living creature and note, it has the two eyes, two arms and body.

We know that NASA/JPL editing software makes many artifacts and possible living beings on Mars what looks like a rock or the shade of a rock but in my opinion this is not the shadow of a rock.