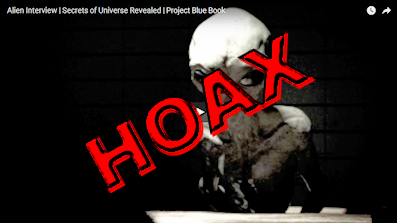 Star Trek: Voyager, Star Trek: Enterprise, various movies (including Hellboy and Titanic) and other projects. This is not his first excursion into the field of ufology. Meni was responsible for direction, animation and lighting of another well-known UFO hoax (see “UFO over Santa Clarita” on the page Koi UFO Video 080). He admitted that hoax and posted a video effects breakdown of it years ago and is well known as the creator of viral/hoax videos. His other uploads to the same Youtube account include an amusing viral video of a flying car. I find it somewhat bemusing that anyone could spent 5 minutes watching the video but not bother spending 1 minute looking into the uploader of the video, which would easily reveal these facts. I’m regularly bemused by the conduct of some people in ufology… So many things within ufology are the basis of speculation when a little bit of work reveals relevant facts. This applies to government documents in various archives as much as it does to “UFO” videos on Youtube.