A photo from the Mars Curiosity Rover reveals what appears to be a small animal what looks like a lizard that enters a cave on Mars. 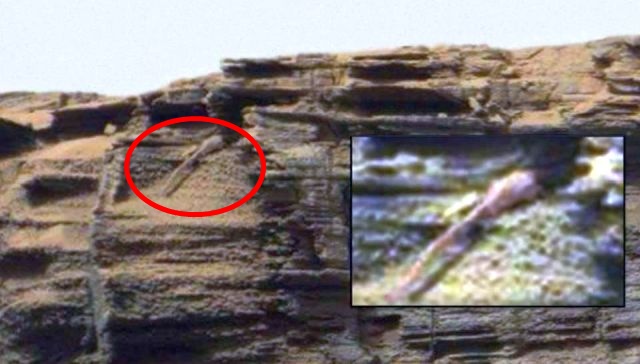 The discovery of another animal on Mars this of course raises the question again, was it placed there for some reason or is it a native Martian species.