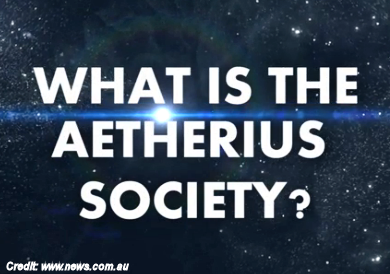 Aetherius Society, a growing religion that basically cherry picks from different belief systems from throughout the ages.

They twist some details, add a New Age focus, and anchor everything in the teachings of founder George King, a Yoga-enthusiast-turned-author, who created the religion in the mid-50s after his own extra-terrestrial experiences.

Of course, some of its claims are harder to swallow than others; most notably, that their “philosophy and teachings come largely from highly advanced intelligences from the higher planes of Mars, Venus, Jupiter and Saturn” — a statement on their official website.

Rod told news.com.au that he views the Society as “a spiritual brotherhood, dedicated to healing and service to mankind”.

After a childhood of twice-daily chapel sessions at his boarding school, and a failed attempt with a friend to contact UFOs when 14 — he dismisses this as “youthful ignorance” — Rod shunned religion in all forms and spent 25 years in what he calls “the wilderness”. …