On August 24, 2016 what appears to be a giant human footprint is found in China’s southwestern province of Guizhou.

According to news site sina.com the footprint fossilized in rock located in Pingyan village detected by amateur photographers is 57 centimeters long, 20 centimeters wide and 3 centimeters deep. 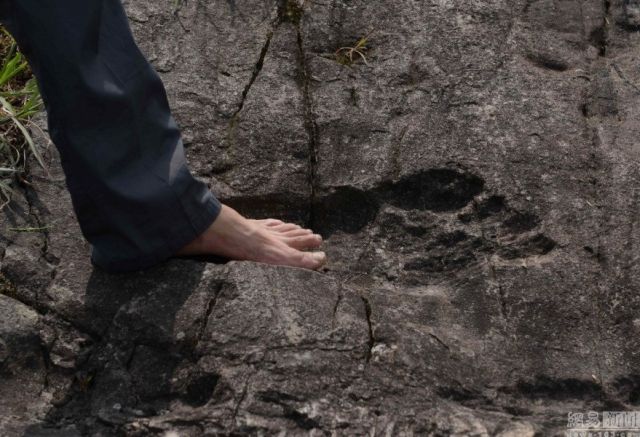 More images of the footprint in China at sina.com

Such a giant footprint was first discovered in 1912 by a hunter named Stoffel Coetzee. The hunter discovered the footprint near the South African town of Mpuluzi.

According to Michael Tellinger who visited Mpuluzi in 2012, the footprint could be 200 million years old and is about 1.2 meters long. 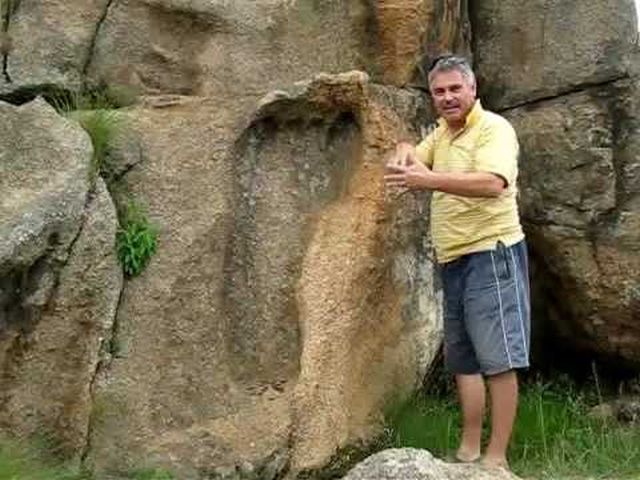 Footprint near the South African town of Mpuluzi.

In 1987, during a visit in Mexico, paleontologist Jerry MacDonald discovered another giant footprint which could be 290 million years old. 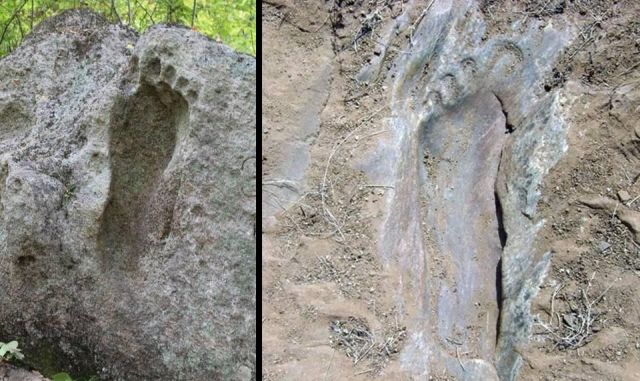 “There were giants in the earth in those days; and also after that, when the sons of God came in unto the daughters of men, and they bare children to them, the same became the heroes and famous warriors of ancient times.” Genesis 6:4