A weird looking cloud has terrified residents of the industrial city of Kemerovo in Siberia. 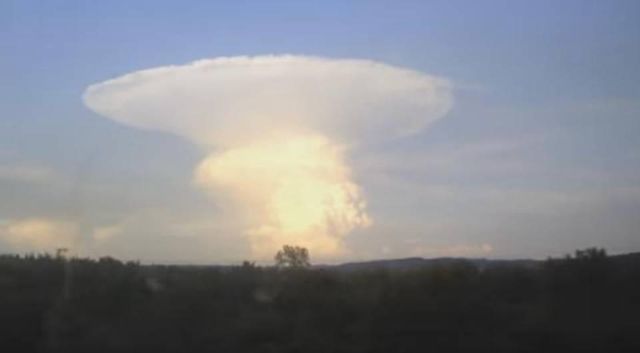 Local emergency services report receiving a high volume of calls by petrified town residents fearing that the end of days was upon them, but what they were actually seeing was a huge anvil cumulo-nimbus cloud.

The shocking and rare sight of such a massive anvil cumulo-nimbus cloud, formed when a major thunderstorm becomes so powerful that it begins to reach the highest levels of the atmosphere causing the cloud tops to be blown to the side by wind shear, reports Sputniknews.