A Falcon 9 booster rocket exploded on the launch pad in Cape Canaveral on September 1, 2016.

SpaceX’s next launch was supposed to be on Saturday, September 3, with a Falcon 9 rocket carrying the Israeli communications satellite Amos-6 into geostationary transfer orbit (GTO). The satellite would have provided broadband internet coverage to sub-Saharan Africa, as part of an initiative spearheaded by Facebook reports RT. 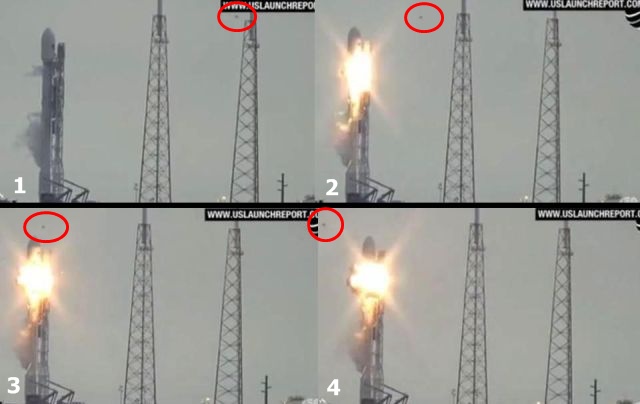 Although the cause was still undetermined, images played back in slow motion show that the SpaceX may have been shot by a very fast moving UFO. An explosive in the payload (Facebook’s Israeli satellite) was triggered by the unidentified flying object? 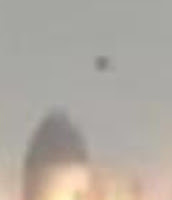 SpaceX statement on Twitter: “SpaceX can confirm that in preparation for today’s standard pre-launch static fire test, there was an anomaly on the pad resulting in the loss of the vehicle and its payload.”

“Per standard procedure, the pad was clear and there were no injuries.”

The first video shows the fast moving object coming in from the right side of the screen.

The second video shows the moment the SpaceX rocket explodes.