NASA published the first-ever images of Jupiter’s north pole and its southern aurora, taken during the Juno spacecraft’s first orbital flyby of the gaseous giant about 2,500 miles (4,200 kilometers) above Jupiter’s swirling clouds. 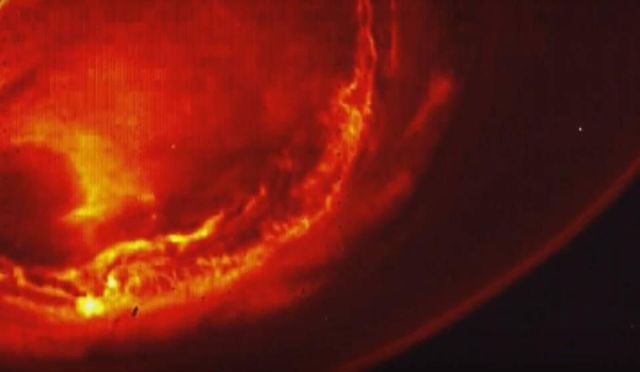 The infrared image above gives an unprecedented view of the southern aurora of Jupiter, as captured by NASA’s Juno spacecraft on August 27, 2016.

NASA’s Juno spacecraft has sent back the first-ever images of Jupiter’s north pole, taken during the spacecraft’s first flyby of the planet with its instruments switched on.

The images show storm systems and weather activity unlike anything previously seen on any of our solar system’s gas-giant planets.

“First glimpse of Jupiter’s north pole, and it looks like nothing we have seen or imagined before,” said Scott Bolton, principal investigator of Juno from the Southwest Research Institute in San Antonio .