Recently in March 2016 a friend of the videouploader was walking in the woods of England.

At a certain moment she felt she was being followed so she took a randomly image at where she felt the presence.

On closer inspection a green orb appears to be in the background, but when zooming in she was shocked to see that this green orb actually was the spirit of a dog. 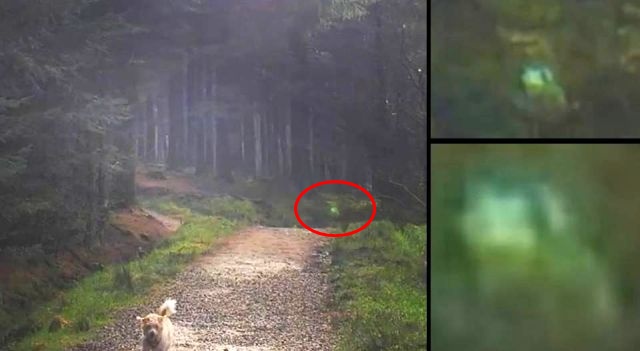 Orbs are spirits in many different forms and accounts of animal ghosts have existed for a very long time.

Many are unaware that animals have spirits (souls) just like human beings and can interact and even be seen as animal ghosts but because their energy is just above the human eye spectrum, human as well as animal ghosts often can only be seen in photographs.

After the death of an animal’s physical body, they may choose to remain around their human and move on after saying goodbye in their own unique way.

The picture above shows a dog in the foreground. It would be interesting to know whether the photographer kept another dog that died recently or not.

Suppose, the photographer kept another dog, could it be that the presence of the green spirit is the dog’s unique way to say goodbye?