I work at Canadian Forces Base Borden located in Ontario, Canada where they were having their 100th anniversary air show on July 11 and 12, 2016.

On July 9th I was given permission to go up on the roof of our building to take pictures of the practice runs. I was using a Nikon d90 shooting at 4 1/2 frames per second. 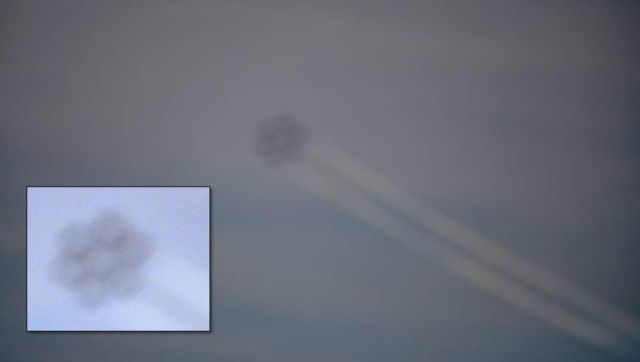 The Snow Birds made a fly by, but I was not able to keep them in frame for more than 3 or 4 shots and then they flew out of frame and the camera took one more shot (remember I was in rapid shoot mode) and then the camera simply shut down.

No power at all and I just assumed my batteries had died and left.

But upon arriving home I examined the camera and found it was working fine. 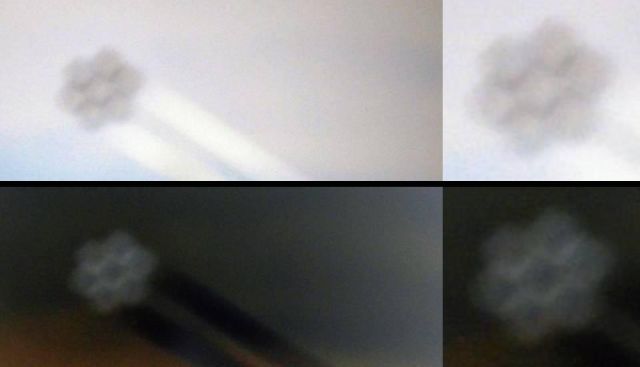 I reviewed the shots I took but what I found on the very last frame before the camera shut down blew my mind.

Don’t know if this is some kind of camera anomaly but I don’t think so. What do you make of this? Mufon case 78945.