While evidence of a civilization on Mars has been kept hidden from humanity, there are plenty of images of possible artificial objects on the planet. 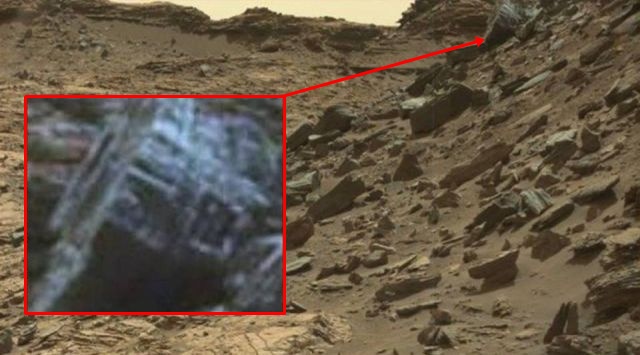 The latest image taken by Curiosity mars rover on September 6, 2016 shows such a possible artificial object. 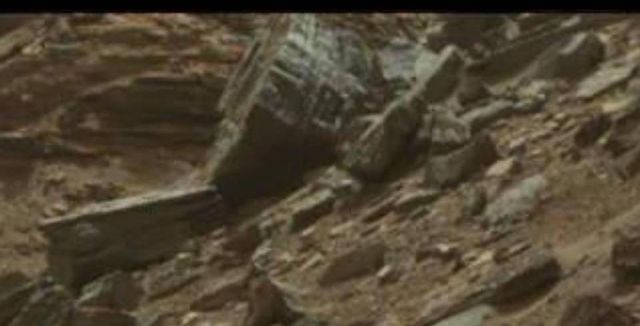 It appears to be a metallic-looking part of a spacecraft that smashed on the surface of the planet or at least it is an abandoned or nonfunctional vehicle or part of a machine which has been used on Mars.