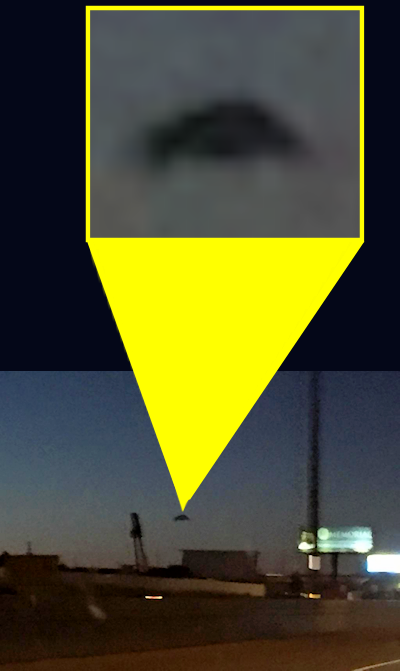 “I was the first to notice a black object in the sky which seemed to be about three miles away, and about 1,500 feet off the ground,” the witness stated.“I made a joke to my boys to look there was a UFO.”

… The object then began to quickly move away.

“It then seemed to pick up speed continuing north towards Ogden. Within seconds it was gone. My brother and I both thought the object was about 500 yards across and about half that tall. We all at first were not excited about what we were watching, but slowly realized it was no cloud and then when there were three horizontally and evenly spaced apart about 600yards we became real excited and kids a little scared. I don’t know what it was, but I know it was unusual. There was never a light on the objects. Just black.” …