This UFO-like anomaly was found in an image taken by SOHO LASCO 2 on September 11, 2016.

The shape of this object reminds me the SOHO LASCO images from 2011 and 2012 which show the exact anomaly near the sun. 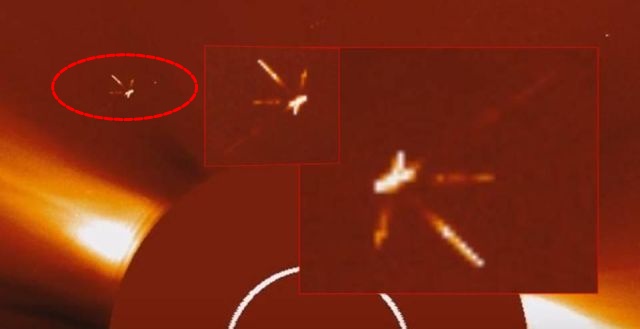 Suppose that these UFOs are using always the same coordinates while traveling through space, similar to UFOs who make use of Earth’s 37 degree latitude line, then it is not surprising that from time to time to see these UFOs back again near the sun.