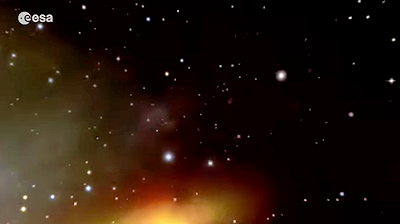 • Gaia’s mapping effort is already unprecedented in scale, but the satellite still has several years left to run

• In the future Gaia will collect data about each star’s temperature, luminosity and chemical composition

Esa has unveiled a stunning 3D map of a billion stars in our galaxy that is 1,000 times more complete than anything that previously existed.

The data for the map was collected by a space-based probe called Gaia, which has been circling the sun nearly a million miles beyond Earth’s orbit since its launch in December 2013.

On its journey, the satellite has been discreetly snapping pictures of the Milky Way.

Now the European Space Agency has released the first batch of data collected by Gaia, which includes information on the brightness and position of over a billion stars. …