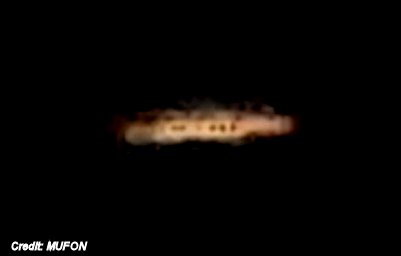 “Something flashed out the corner of my eye and made me turn my head looking to the west,” the witness stated.“I could kind of see an outline of some hills/mountains to the west as I looked to where the flashes drew my attention. Two bright yellow arcs appeared over the top of the hill/mountain.”

The witness first thought the light was two objects.

“At first I thought it was two objects. I think now it was just one moving so fast it left a trail. It made two arcs flying above the hill/mountain then diving down then back up I guess. It was a bright yellow object,no flames/jets. The object itself was glowing yellow,strangest yellow, kind of like a spark shooting up out of a fire. The spark is burning and leaving a trail as it shoots up. I had never seen anything like this.” …

Mystery of The Nevada Triangle