17 February 1967
(Deseret News, Salt Lake City, Utah)
The whole article:
“Residents of southeastern Michigan are watching the sky again.
A rash of unidentified flyining objects was reported in the area Thursday night (16 February 1967).
Reports began during the evening and continued through most of the night.
The sightings were in the area where a deluge of UFO sightings were reported last spring. Those UFOs were labeled swamp gas by Dr. J. Allen Hynek who conducted an Air Force investigation in nearby Dexter and Hillsdale.
Several persons Thursday said they saw an object early in the evening near downtown Ann Arbor. It had two flashing white lights and a red light in the center, they said. The reports all placed the sightings at about the same time.
Other sightings were reported over Ypsilanti later in the evening but the descriptions didn’t match those in Ann Arbor. Several students at Eastern Michigan University said they saw an object with a steady, white light that eventually faded out.”
https://news.google.com/newspapers?nid=336&dat=19670217&id=zEIvAAAAIBAJ&sjid=FEoDAAAAIBAJ&pg=7084,3422824 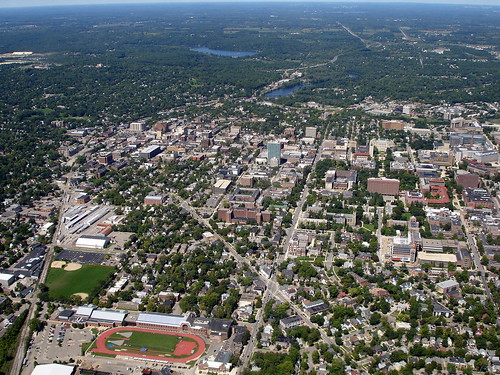