An amateur sky watcher from Texas captured the Black Knight Satellite over the Moon?

The sky watcher states: I was just taking photos of the moon. I didn’t even notice until later when I was looking at the photos that there was an object in it. 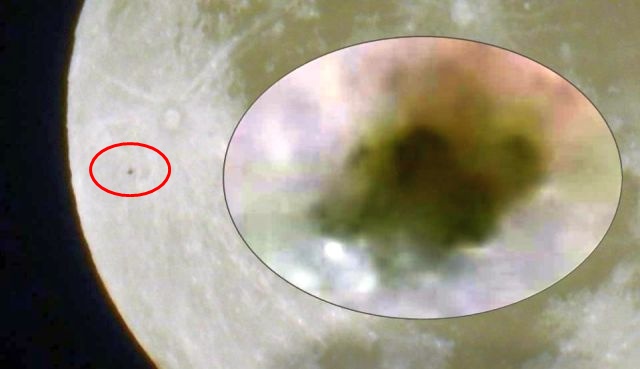 Then, a couple days later, I saw the object again. It is moving because you can see it is in different location. 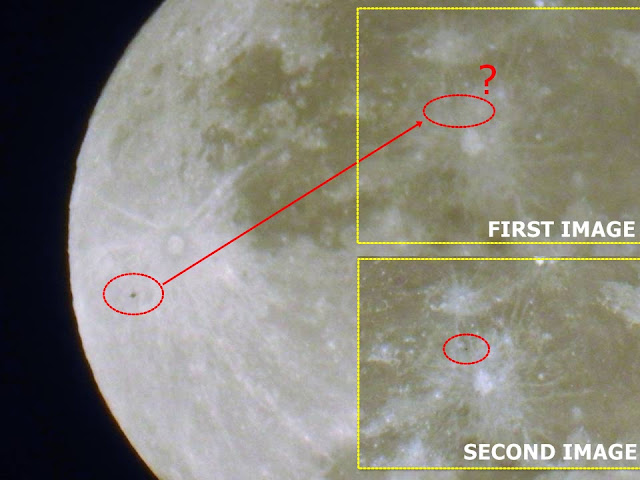 Even though there are other images of the Black Night, this UFO looks a lot like the legendary Dark Knight.

Despite the alien satellite is known and identified by NASA many remain skeptical about its purpose and origin. Mufon case 70493.