During a recent live stream from the International Space Station an unidentified flying object appears briefly in front of the camera but NASA cut the camera feed so quickly even though this was very distant. 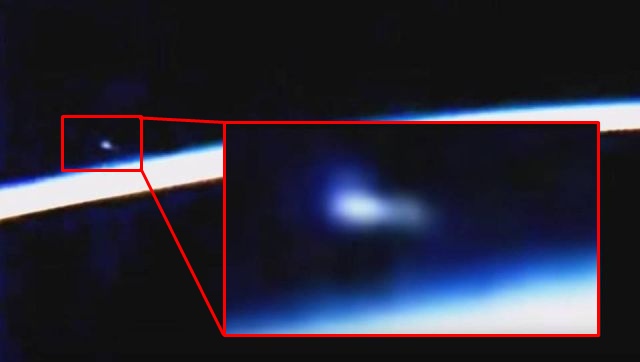 Despite NASA cut the camera feed quickly, Streetcap1 still managed to get a couple of frames of the object which is brighter on the left side due to the light from the Sun and it is certainly not lens flare or other natural phenomenon, otherwise it is a space object NASA doesn’t want you to see it.