Witness was on vacancy on the Isle of Man, UK on August 13, 2016. When taking pictures of the halo around the sun from the coast towards the sea he glimpses on the left a falling object like a leaf above the sea. 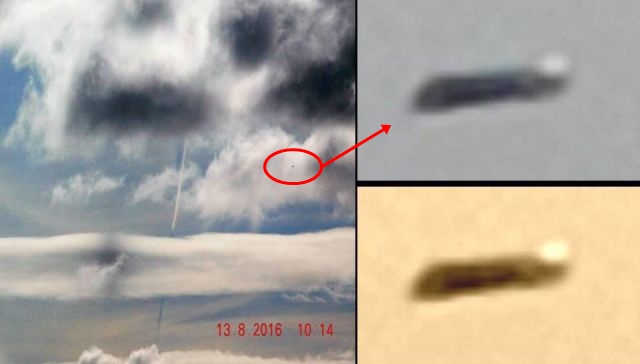 Then the object is stabilized and left southbound at an extreme speed at least 5x faster than a plane.

He was able to take a picture of the dark trail. But after looking the image he spotted another smaller ufo-like object in the clouds.

Witness wonders whether he captured a real UFO or a secret craft which carried out a test flight and a drone (second smaller object) designed to control the craft? Mufon case 79544.