A team of Japanese and Mongolian paleontologists have discovered the largest dinosaur footprint ever found in the Mongolian desert. 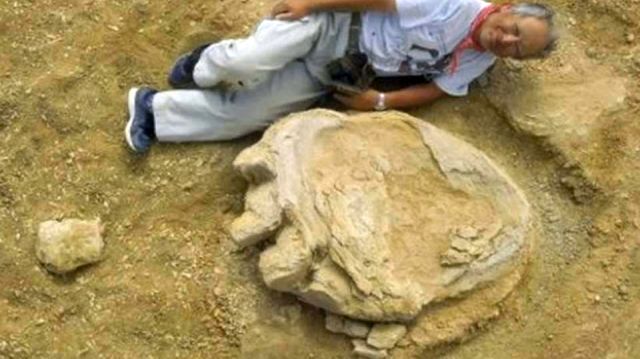 The footprint is as big as a fully grown person, measuring 42 inches long and 30 inches wide. It belongs to the Titanosaur, a dinosaur who, as its name suggests, was very, very large.

Titanosaurs roamed the Earth about 70 to 90 million years ago. Herbivores with long necks, when they were fully grown, they could weigh up to 90 tons and stand over about 60 feet tall.

When the extinction event at the end of the Cretaceous period occurred, they were the last surviving group of long necked dinosaurs.

The remains of an unnamed Patagonian titanosaur found in Argentina in 2014 are from an animal estimated to have been 40 meters (130 ft) long and 20 meters (66 ft) tall, with an estimated weight of 77 tons (76 long tons; 85 short tons), making it among the largest if not the largest and heaviest identified creatures ever to walk the earth.