A Washington D.C. witness reported watching and photographing a “worm-like” object hovering in the sky under 40 feet that could not immediately be identified, according to testimony in Case 79569 from the Mutual UFO Network (MUFON) witness reporting database. 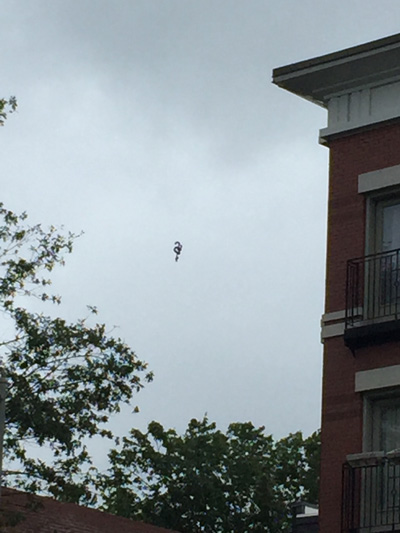 “I noticed a strange object hovering in the sky, about 30-40 feet up, across the street from me, maybe a total distance of 60-70 feet between myself and the object,” the witness stated.“The object was unlike anything I’ve ever seen.” 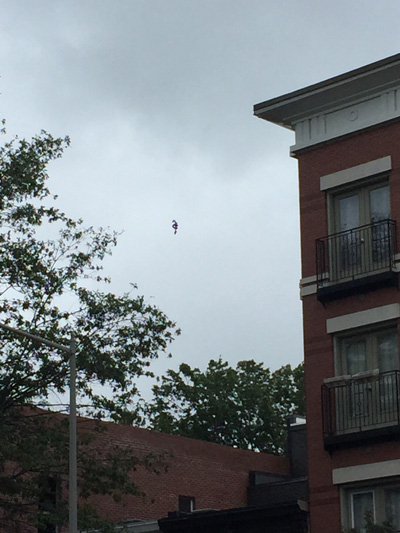 “It was a dark, worm-like shape and it hovered in the same position for roughly three minutes while I was able to take photos. At first I thought it could have been an unusual entanglement of those narrow balloons used to make balloon animals, however, I don’t believe they could have floated in this position with helium. The object moved only slightly, despite a breeze which would have greatly moved even an anchored balloon. No wire, ribbon or any kind of string was present.” 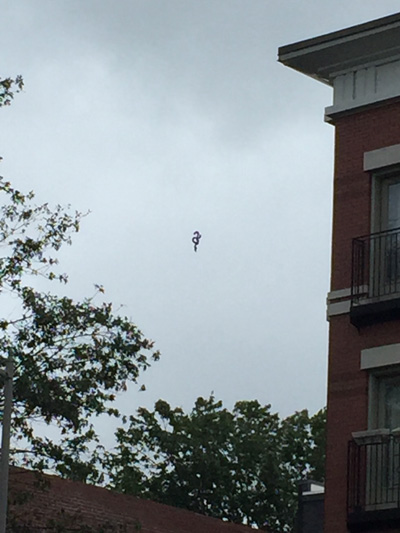 The witness quickly lost sight of the object.

“As I ran around the corner to try and get right underneath it, I could not find it.” 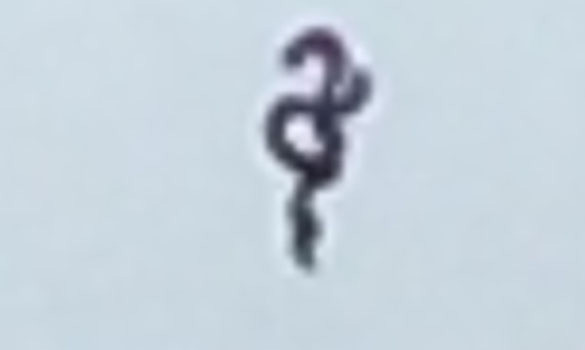 Cropped and enlarged version of the witness image 3. (Credit: MUFON)

MUFON Washington D.C. is investigating. Please remember that most UFO sightings can be explained as something natural or man-made. The above quotes were edited for clarity. Please report UFO activity to MUFON.com.