Is it a sign, a warning? Will it be a storm of biblical proportion? 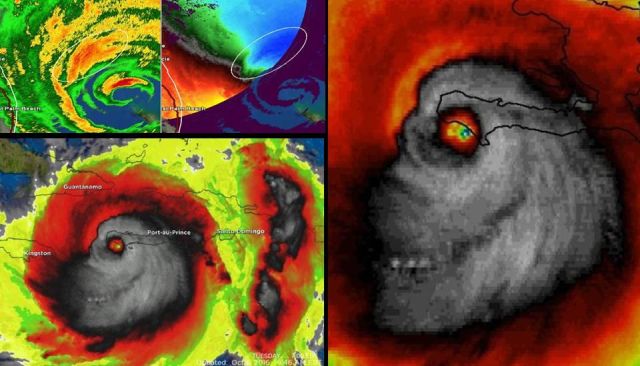 While all the attention is on Hurricane Matthew as it nears a catastrophic march up the Florida coast, starting in the early hours of Friday morning, you may have heard about another hurricane out there, Hurricane Nicole.

Haiti’s death toll has already climbed to 283. Meanwhile offshore waves increasing in advance of the core of Matthew and already power outage for tens of thousands of customers in Florida reports Stu Ostro on his Twitter account. 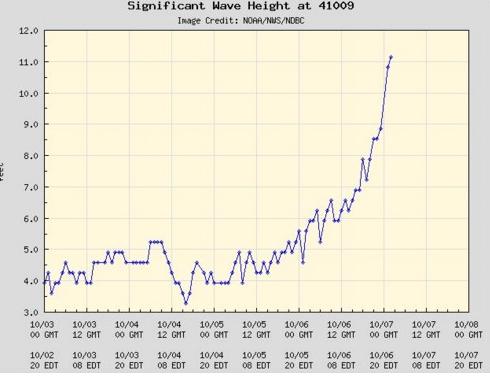 Hurricane Nicole is hot on Matthew’s heels in the Atlantic, and it’s interfering with the larger storm’s path. Both hurricanes could be a worst-case scenario for Florida.

Coincidence or not but this is the first time since September 10, 1964 that two Category 2 (or stronger) hurricanes have occurred simultaneously in the Atlantic basin west of 65W.

Interestingly, those hurricanes in 1964, Dora and Ethel, were in similar positions as Matthew and Nicole are now.

That can’t be coincidence, right! As Allnewspipeline said: Is Matthew a geo-engineered Martial Law drill? The ‘Skull’ says it all.