Jason Asselin and his friends were watching and filming a rainbow at the lake on Saturday when they saw something weird in the distance. 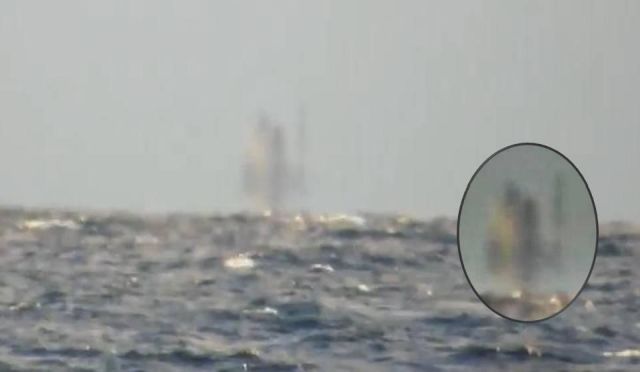 Jason: Saturday evening far off coast from Marquette, Michigan appeared this mysterious ship that had to be gigantic! Almost as if a ghost ship was showing itself to the world.

Even if it was a ship, what could be that tall in these choppy waves?

Was it a UFO “Unidentified Floating Object”?
Maybe it was the “Fata Morgana”?
Jesus walking on water was suggested too.. Crazy!

Could it be a lighthouse CBS Detroit reports. About 15km north of where the video was taken is Marquette Granite Island which has a lighthouse and tower vaguely resemble the blurry silhouette from the video.