Imagine that this structure is a habitat, a city that house hundreds or thousands of aliens.

It might seem like an idea taken straight out of science fiction, but huge habitats floating around planets, travelling through space is more likely to be true than science fiction. 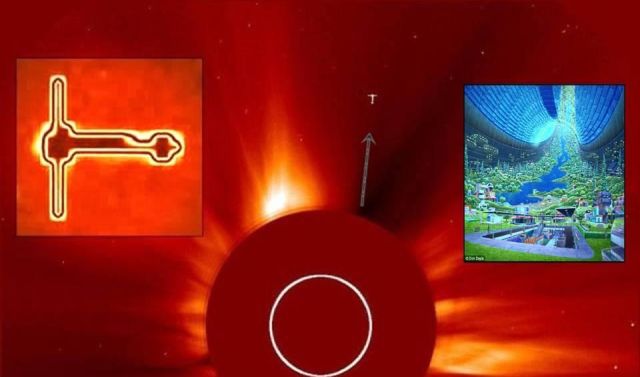 Now, a group of scientists pushed for the creation of the first nation state in space, in their bid to expand the exploration of the universe for the benefit of humanity.

The team has announced it will kick-start the independent nation, which it has dubbed Asgardia, named in honor of an ancient mythological city in the skies, by launching a satellite next year.

On their website Asgardia.space they said that Asgardia, as a nation, is a prototype of a free and unrestricted society where any Earthling can apply to be one of its citizens.

Asgardia will become a floating space station which will have a status of an independent nation and when its headquarters are completed, it will be recognized the United Nations, with the same rights and treatment as other nations of the earth.

People can sign up to become a citizen on the Asgardia but only the first 100,000 will become citizens.

Among the numerous early developments plans Asgardia has is the construction of a state-of-the-art ‘protective’ shield to planet Earth in the future.

It seems a terrestrial space nation could soon become a reality, but how would alien civilizations react to the floating city above Earth?