A Wisconsin witness at Milwaukee reported watching and videotaping a hovering object with red, white and blue lights, according to testimony in Case 79222 from the Mutual UFO Network (MUFON) witness reporting database.

Four total witnesses were sitting outside on a front porch when the object was first noticed at 9:30 p.m. on September 16, 2016. 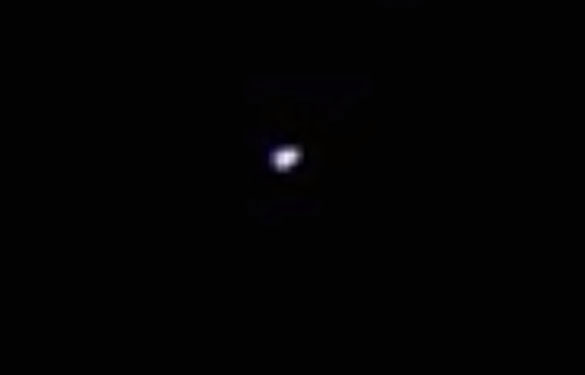 “Our friend David saw the craft first and brought it to our attention,” the reporting witness stated. “The craft hovered for a minute or two and then it moved around a bit, stopping and hovering at random.”

The witness noticed colored lights on the object.

“We saw red, white, and blue lights while the craft was both moving and hovering. The lights flashed sequentially in the order of red, blue, and white. It continued to move and hover for a few minutes as the lights continued to flash the entire time. The craft hovered for a bit before it flew off and we could no longer see it.”

One of the witnesses noticed another object.

“A few minutes later our roommate Katelyn saw an object creating a white strip in the sky. As it passed over the moon the object appeared black. The object appeared to be moving east/northeast from high atmosphere to lower altitude out of sight heading toward the beach/lake in the same place other objects have disappeared to.” 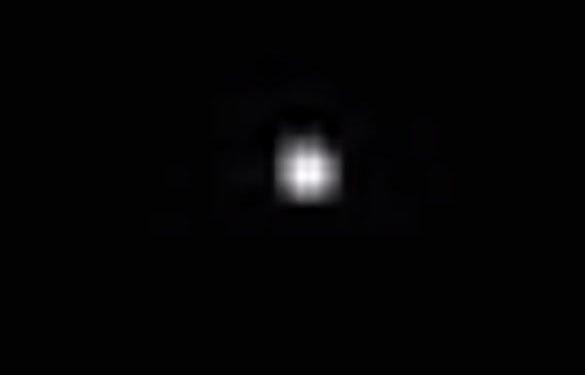 The witness provided three video uploads with the MUFON report, which was filed on September 17, 2016. Wisconsin MUFON State Director Susan Birtttnen investigated and closed this case as an Unknown.

“The witness and three other adults witnessed a triangular-shaped object flying in a direction coming from Lake Michigan,” Birttnen stated in her report. “The Lake is about eight blocks from their location. The object had three red lights on the bottom with somewhite and blue lights running along its sides. The following evening, September 16, 2016, at 9:30 p.m. thesame or similar object returned to almost the same place in the sky and exhibited flightcharacteristics the same as the first sighting.” 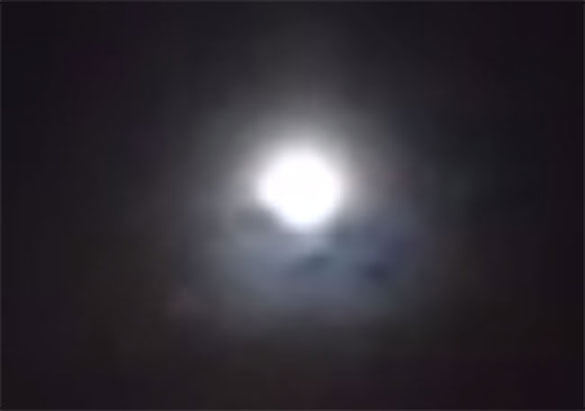 Cropped and enlarged still frame from witness video. At one point in the video, the group wonders what the black blotches are below the moon. (Credit: MUFON)

Birttnen provided more details in her report: “The surface of the object was dull. The size was unknown.  The light characteristics were flashing sequentially. The elevation was unknown. The lowest altitude was over 500 feet and the distance was 501 feet to 1 mile. The flight path was from the southwest to the northeast. The object would fly and hover, then fly to a different direction and hover.  It would move around randomly and hover and then flew out of sight toward the northeast at rapidly increased speed.”