When Cory Hearon, father of three was in his car last Tuesday when he looked to his left and saw an angel-like cloud formation that left him awestruck. 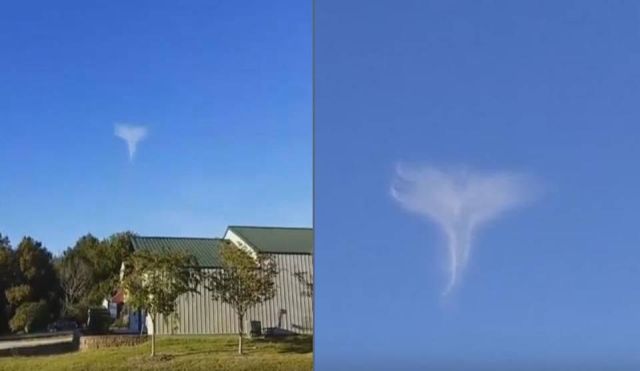 It’s not often an angel is spotted in the sky, but Cory who was in shock for the first two minutes managed to capture what turned out to be a cloud shape of a guardian on Facebook Live.

“Look at this cloud in the sky. Is that not an angel or what”? “This is blowing my mind, it was the most amazing thing I’ve ever seen in my life,” said Hearon.

He filmed the cloud outline in Camden, South Carolina and the live stream has now been viewed more than 7 million times.