On October 28, 2016 SOHO’s Lasco C2 satellite captured an object in space about one million miles from Earth what looks like an airplane. 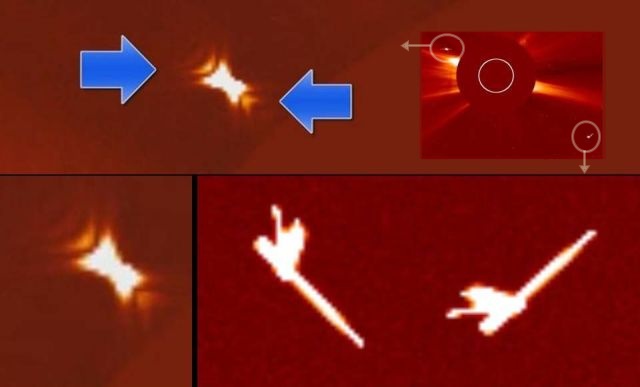 But as a conventional airplane cannot fly into space it is quite possible that this solid object is a spaceship, a scout ship of the secret space fleet known as the secret space program Solar Warden and run by a multinational organization called the Earth Defense Force.

Another remarkable sighting near the sun, captured by Lasco C2 on the same day, is the moment Mercury appears from behind the sun surrounded by a strange bright glow, like a shield, which fades away as the planet moving away from the sun.