A UFO and multiple Rods also known as Skyfish were filmed in the sky flying over the volcano Popocatépetl in Mexico on October 24, 2016. 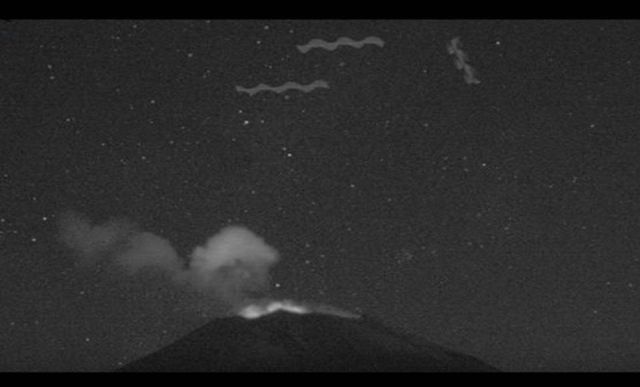 Many videos of these strange serpent-like creatures moving quickly through the air were claimed by some to be alien life forms because they are occasionally encountered with UFO activity.

Although Rods is a term used in outdoor photography to refer to elongated artifacts in the form of light-rods produced by cameras, the phenomenon remains a mystery.