A mass cloud formation that looks like a giant alien spacecraft covers half the sky Bangkok.

Many people witnesses the incredible ‘Independence Day’ UFO cloud when it moved over the Capital city of Thailand on November 1, 2016 at approximately 17:30 hrs. 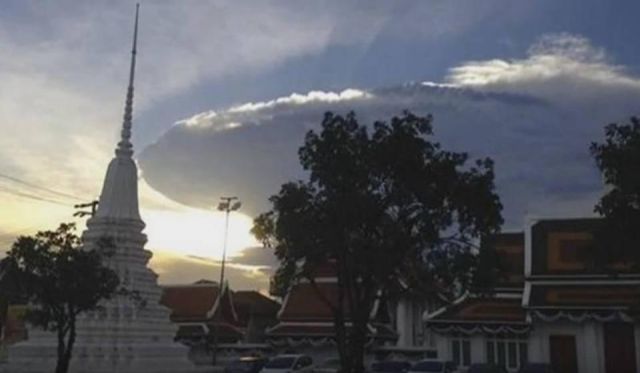 Such a cloud formation known as anvil cloud is a cumulonimbus cloud which has reached the level of stratospheric stability and has formed the characteristic flat, anvil-top shape.

Although an anvil cloud can produce many dangerous elements; it has the capable of producing bursts of cloud to ground lightning or in severe cases, it can produce tornadoes.

Below two videos which show amazing images and a time-lapse presentation of the sky phenomenon.