FAIRBANKS, Alaska — An Alaska Bureau of Land Management employee in Fairbanks was checking out ice on the Chena River Wednesday when he saw and recorded this “strange thing” that was moving up the river. 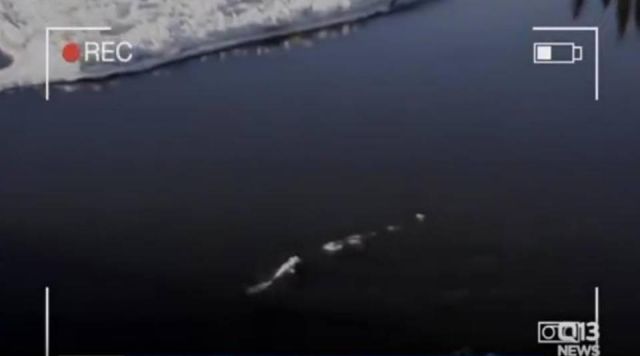 “Our employees did not investigate,” the BLM wrote on its Facebook page. “It’s kind of far out in the middle of the river. Video was taken right by our BLM Fairbanks District Office facing downstream. We’re not sure what it is. We’re letting you all be the judge.”

Here are some of the guesses by the Facebook commenters:

Can’t flow with the current if it’s going the opposite way and waving like a fish.

Yah that’s what I thought it look like it was moving more then what the current would be making it do.

A Hugh eel.
A Large pike.
A Giant sturgeon that shouldn’t be here.