An Idaho witness at Post Falls reported watching a rectangle-shaped object “falling from the sky” shortly after hearing the sound of a sonic boom, according to testimony from Case 79772 from the Mutual UFO Network (MUFON) witness reporting database. 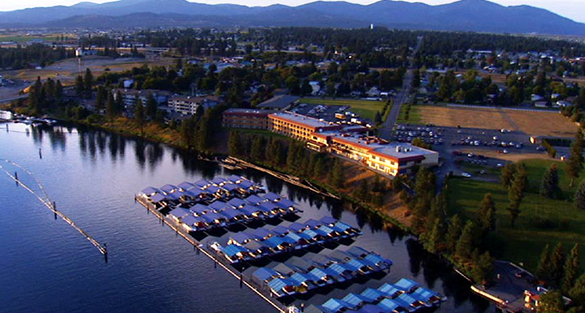 The witness first stepped outside after hearing a sonic boom on October 12, 2016. (Credit: http://www.visitpostfalls.org/)

“Looking south I observed what appeared to be some type of large rectangular object tumbling end over end emitting a large amount of smoke (white, gray and yellowish in color) trail as it fell,” the witness stated. “It was about four to five times the width of a typical airliner contrail and it was going straight down toward the ground.”

The witness also heard what may have been an engine trying to start.

“At one point during this approximately four-minute fall, it appeared some type of engine maybe briefly came on and emitted what looked like what could be a jet engine trying to start or work. But then it stopped and the trail became non-symmetrical again.” 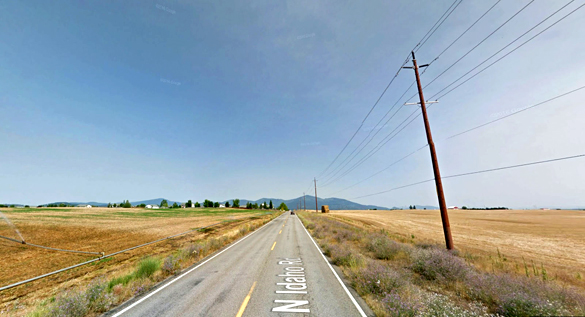 The witness saw a rectangle-shaped object falling from the sky over Post Falls, ID. (Credit: Google)

The witness retrieved binoculars and tried to view it while falling.

“It intermittently reflected sunlight as it tumbled. The object appeared to be about the size of a very large military cargo plane or bigger, but more rectangular in shape. The object disappeared behind the mountains to the south of Post Falls and no doubt whatever it was hit the ground somewhere based on rate of fall and trajectory.”

“After the object disappeared I called Spokane FAA tower and they said thanks, but did not ask any questions or details.” There are no reports in Idaho during this time period of any aviation crashes. 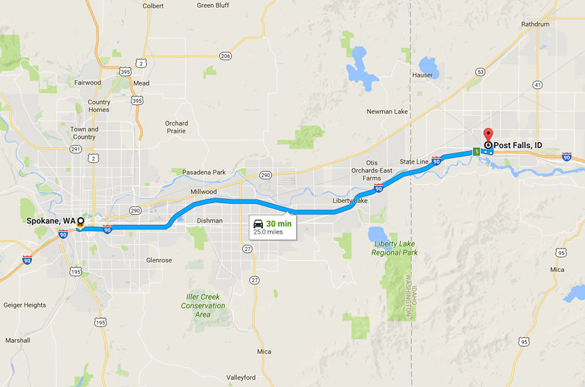